For a trip to Iceland in November, I rented a Canon EOS R mirrorless camera as my workhorse for 10 days. I hadn’t shot with a mirrorless camera before and my expectations were mixed. I’d had a Sony Ar series in my hand at one time and didn’t like it. The small form factor ergonomics and menu-driven operation turned me off, as did the off-balance feel I had with long lenses attached. But, recently I read a couple good reviews of the EOS R and decided to give it a go. What pushed me over the hesitancy is the larger body. I’m used to shooting with larger DSLR bodies with controls ready to hand, relying on the menu system only for specific situations and for “set it and forget it” types of operational controls. 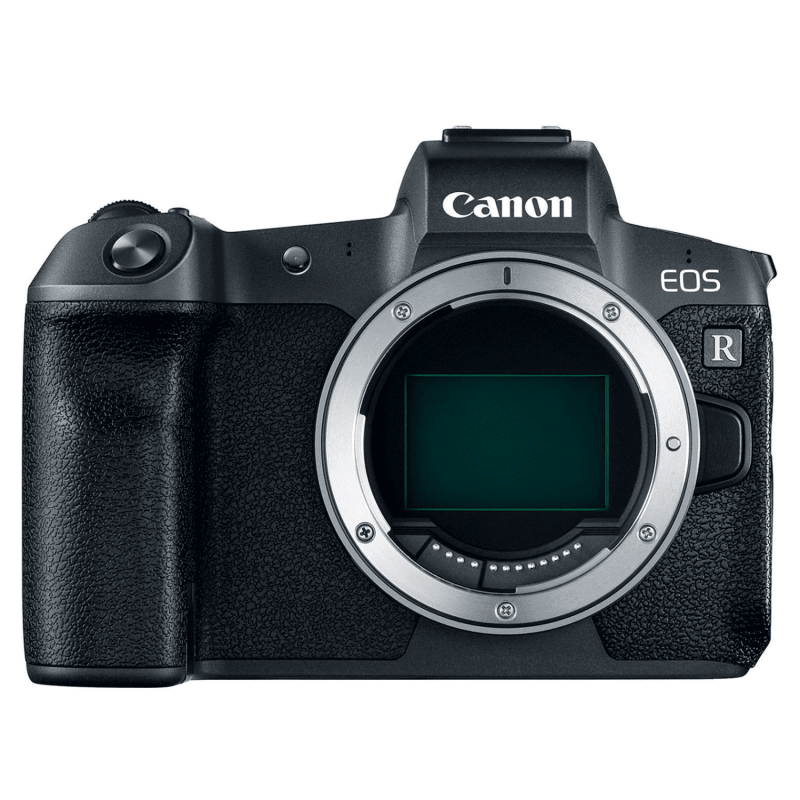 So, here we go. I received the camera on rental from BorrowLenses, a company I have rented from several times in the past. I’ve recommended renting gear, camera bodies, lenses, etc. if you’re deciding whether to buy. Renting for a weekend or a week is an easy and inexpensive way to “try before you buy”. Anyway, if you followed my posts on Facebook and saw my first Facebook Live video from that trip, you might guess that I wasn’t at all pleased with the camera. At the time, you’d be right. While the EOS R is, internally, a mirrorless version of the 5D, getting used to a new operation can sometimes be frustrating, even though I’d received the camera a couple days before leaving. The ergonomics of the EOS R body is great. The size, weight, and how it fits in my hand were all very familiar and comfortable. I’ve been a Canon shooter for a long time, and my current DSLR is the 1D Mark IV, a camera that is very near its end. But the body plan, the large grip (also similar to the 1Ds which I used for a decade) lets me hang on to the camera securely while operating most of the controls and while carrying it in hand.

I’m not going to give any technical specs. This review is based on my own personal preferences with how and what I shoot. Any “technical” information is more or less going to be subjective and based on practical use. I hope that’s useful to you.

When I first fired it up and began setting it up at home, there was a mysterious shutter lag of about 1/2 second that was “fixed” just as mysteriously as I worked through the setup. I suspect it had to do with one or more of the shooting control operations, but I wasn’t able to pin it down. It could have been related to the dual pixel focus setting, which I eventually disabled. I didn’t run into that specific issue again during my trip (but see below for more info about shutter lag I experienced).

Operationally, here are my critiques:

2. I’m not a fan of the electronic viewfinder. It’s nice to be able to review the image in the viewfinder, but with review turned on you get the preview in the viewfinder while you’re trying to shoot. Several times I was fooled into thinking I was looking at the actual scene when it was just the preview image. I eventually turned off the preview function (which also disables it on the large rear LCD and you have to manually press the preview button. Not completely a problem, but sometimes was inconvenient). It would be nice to be able to have a setting of preview only on rear LCD.

3. Another aspect of the electronic viewfinder I didn’t like was I couldn’t look through the camera if it wasn’t on. If the camera is off, so is the viewfinder. There’s no way to compose prior to making a photograph if powered off or in sleep mode. This, of course, will apply to all cameras with electronic viewfinders, so this is a characteristic I’m not liking across the whole spectrum of mirrorless cameras. This reduces battery life.

5. Rear LCD touch screens are both a help and a hindrance. Useful sometimes for focusing in odd situations and for adjusting camera settings. But a hindrance at other times when the focus point shifts at random when your hand or nose brushes across the screen while you’re composing or carrying the camera and the screen gets activated.

6. The viewfinder shut off sensor became a frustration when I used my rain cover, which has transparent panels so I can see the camera controls. The sensor kept shutting off the LCD screen when it sensed the rain cover, treating it like it was my face at the viewfinder. I had to hold the panel away from the sensor with my thumb, hand inside the rain cover.

7. The menu touch strip, located just to the right of the viewfinder, turned itself on at random when I had the touch strip turned off. I would get a notice in the viewfinder asking me if I wanted to enable it or not if I brushed my thumb or face across it. I’m not sure of the utility of this feature.

8. I’m also not a fan of the toggle setup for the back control. I have a pair of waterproof/windproof gloves I can easily use with my 1D and its control wheel and buttons, but I found operating the rear toggles and the buttons (which are slightly recessed) very difficult with these gloves on and often had to remove them. I prefer the rotating control wheel over the toggle.

9. The low light focus was pretty good, but with my EF 70-200 f2.8L there was a lot of hunting in low light after sunset (that’s probably more of a lens issue, I think).

10. The menu system is familiar to me and organized in a logical way that’s easy to navigate, though there are more categories on the EOS R than on the 1DS. It would be nice to simplify the menu system with an option to disable categories that aren’t used, like the picture style/JPG processing features, that some photographers like me may never use.

12. The jack for the cabled remote is a mini-plug and the remote for the EOS R doesn’t have an intervalometer or timer. I prefer the TC-80n3 remote.

13. Battery. The EOS R uses the same small battery as the 5D. I also rented the battery grip and an extra battery, so had extended use as well as a bit more body to hang on to. 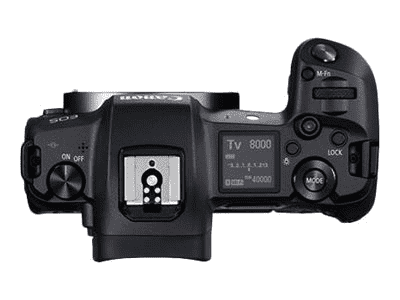 Instead of a control wheel on the top for switching shooting modes, there’s an LCD screen, a mode switch, and a wheel. I found this somewhat inconvenient to use, though you can see the modes in the viewfinder when the mode switch is pressed. It wasn’t a showstopper and eventually I would probably get used to it.

I’ve been going through the files from the trip and I don’t have any image quality complaints. I do notice more pronounced chromatic aberration than I do with the 1D, but that may be due to the larger file size making it more apparent than it does with the sensor (yes, CA is created by the lens).

One of the reasons I rented this camera was for the reported high ISO quality (much better than the 1Ds) specifically for night shots of stars and Aurora borealis. Unfortunately, there wasn’t much opportunity for the Aurora, but I did shoot some night scenes at reasonably high ISO (2500) and the noise was easily taken care of with Photoshop noise controls. One very useful aspect of mirrorless cameras is with long exposures and telephoto shots. It’s essentially a permanent mirror lock-up situation and camera vibration is greatly reduced, especially when using a cabled remote.

My frustration abated somewhat as the trip progressed and I became more familiar with the EOS R’s operation and particular idiosyncrasies. For me, while I ended up liking the camera overall, it wouldn’t be a camera I would buy as a replacement for my 1D at this time. I would likely still opt for the 5D, even though it seems that model is on its way out. Here’s another issue. Lenses. The EOS R has a different lens mount, so your EF lenses won’t work without an adapter. And, the RF lenses for the EOS R line are amazingly larger and heavier than EF lenses (and there are fewer of them at this time). I think there’s promise in the EOS R line if a “Pro” model was made with the larger NP-E3 battery (and the associated larger grip) and a control wheel on the back instead of the toggle, an optical viewfinder option, and remove the touch strip. These are, of course, operational critiques. Camera operation, where controls are and how easily they are to use – bare handed or with gloves – is just as important (to me, anyway) as image quality, focus accuracy, and ISO performance. You can have the most advanced camera with amazing image quality and performance, but if it takes you 15 seconds to change the ISO or shooting mode or focus point selection, or you can’t operate it under certain conditions, it will be mostly worthless, no matter how much money you spent for it.

I did like the articulated rear screen. It makes low and high angle shots more pleasant. I’m not a vlogger or selfie taker, so the forward-facing capability didn’t concern me, but might be a feature others would appreciate.

The weather sealing on the EOS R is pretty good. I used the camera with a rain cover in heavy rain and without in light rain conditions and there were no problems with water affecting controls or getting into the body. Weather sealing is better with lenses that also have that capability.

My conclusion is the EOS R is a pretty good mirrorless camera. Of the cameras I’ve had in hand, this one is more practical in the hand for me, easier to handle, better balanced with long lenses, and a familiar layout which is easier to transition into. This is, of course, because I’m a long-time Canon shooter and they’ve kept their layouts fairly consistent. It’s larger than the Sony and that body type, especially with the RF lenses. If you’re looking for a compact mirrorless, the EOS R isn’t it. But if you want a camera that fits your hand and is comfortable to use, that is balanced, performs well in all weather and puts out a nice image file, the EOS R might be what you’re looking for. I’m just hoping future models will accommodate a more practical “field layout” that is functional using gloves. 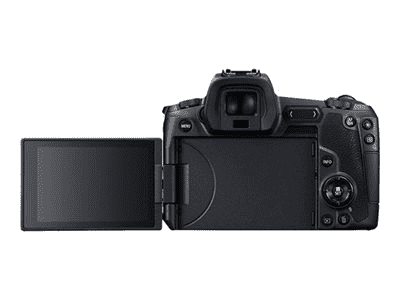