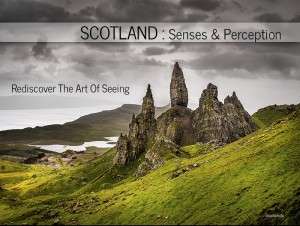 My Kickstarter campaign is coming to a close on Monday morning. I’m about 1/3 funded, but if it’s not 100% at 11:00am Monday, unless there’s a furious and exciting rally this weekend, it won’t matter. I’ve set it up as an all-or-nothing campaign.

A day ago I launched a campaign on Indiegogo.com so it will be available once this campaign ends. I set it up using their flexible funding option which means I will receive whatever funds are submitted. It’s not all-or-nothing. I’ve reduced the funding goal and the number of reward levels to reflect the popularity of reward levels for this campaign. The items in each reward have not changed. If you’ve contributed to Kickstarter at a certain level, that level and reward (perk) is also on Indiegogo and you can choose it again.

When the kickstarter campaign ends on Monday, if you would like to continue to support this project, you can go to the Indiegogo campaign and renew your pledge at the level you would like and it will take effect. It’s also set up to be able to go over the $3000 goal. If that happens, the same upgrades apply – better paper, more pages, larger format book, depending on the amount over the goal. The deadline for that project is April 28. I’d like to point out that you will need to click on the perk level to “officially” contribute at that level and so I know which perks to create for you. There is a “Contribute Now” field at the top where you can contribute any amount, but that contribution is not associated with any perk items.

When you contribute to the campaign on Indiegogo, you can use a credit card through the gateway, Apple Pay (US card holders only) or PayPal (you can use the Guest checkout to avoid needing a PayPal account), or your PayPal balance. Your credit card or PayPal account will be charged immediately after you complete the checkout process, not at the end of the campaign.
I don’t want you to go there now if you’ve already pledged on Kickstarter, just in case there is a rally. I really don’t want you to be charged twice. So, wait until Monday after 12:00 to make any contributions at Indiegogo. Though I think you can cancel your pledge on Kickstarter prior to the end of the campaign if you want to make the leap earlier.

A second option is to directly contribute to the project through PayPal. This avoids the processing fee Indiegogo charges so your contribution is maximized. My PayPal account name is man@blueplanetphoto.com. If you choose that option, please indicate your contribution is for Scotland and what reward level when you check out. I also recommend waiting for this direct contribution until after noon on Monday. Just in case.

Whichever option you choose, I thank you for your continued support.